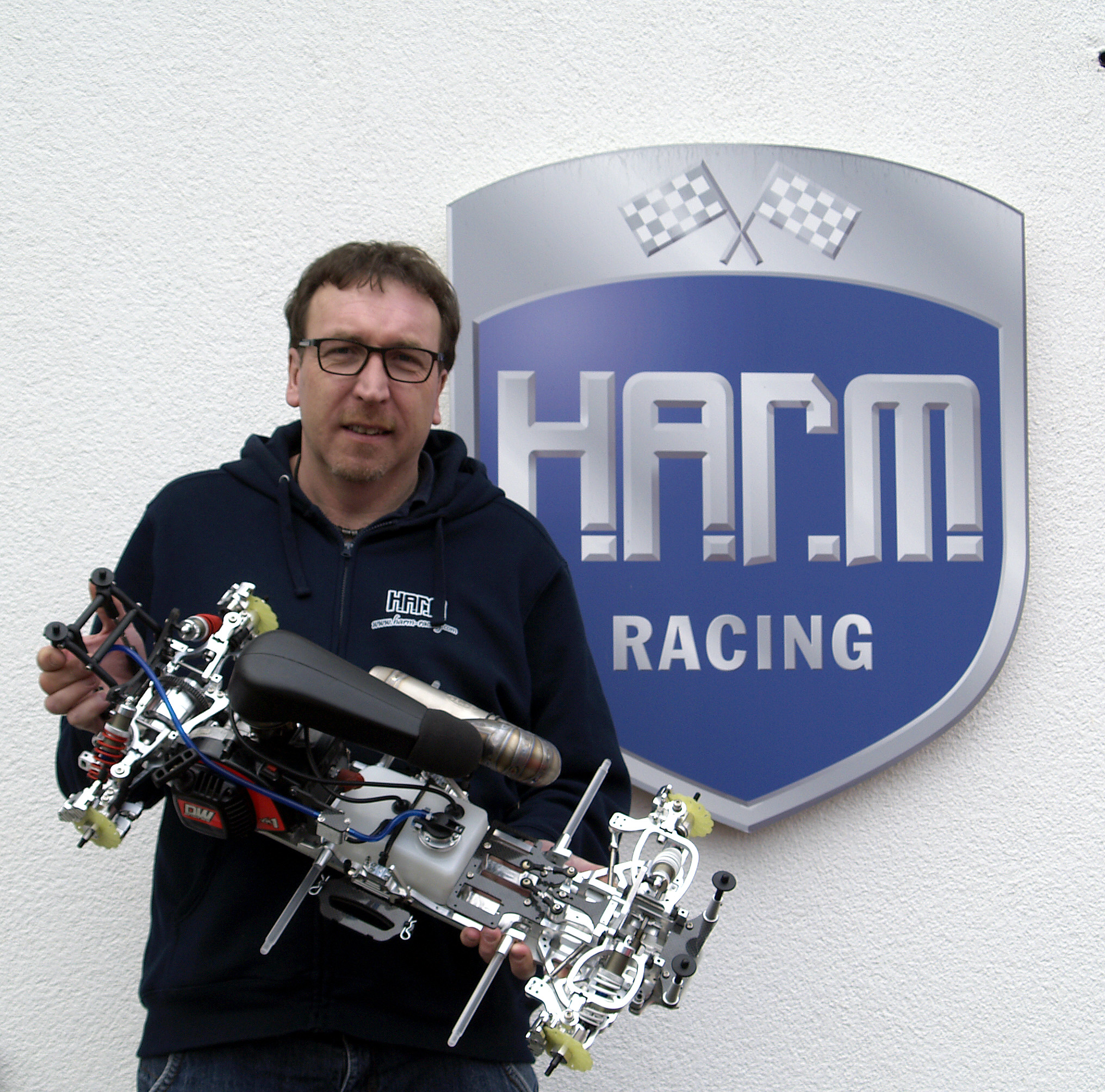 In 1995 a group of four persons was engaged with building a prototype of a model car 1/5 scale. Horst Single, Albrecht Baumann, Ralf Haisch und Matthias Fritton.
The first letter of the first names built the name of the car H.A.R.M.

Already 1996 Horst Single achieved the pole position at the European Championship in the Netherlands what was absolutely sensational at that time.

Also Jörn Schmitt became interested in the product due to the fact that at that time he was already involved in the sector 1/5 scale.
The decision to have the prototype produced in series was taken rather fast and an agreement with the constructors Horst, Albrecht, Ralf and Matthias was also found without delay.

At the fair in Stuttgart in winter 1997 the first  H.A.R.M. Race chassis from batch production has been presented to the public.

With the victory at the European Championship 1998 the international breakthrough was realized.

In the following years the program range has been permanently advanced.

In March 2008 the company H.A.R.M. Racing GmbH has been founded to concentrate on high-quality competition models „made in Germany “and the necessary accessories.

In order to implement the further development still faster and to ensure the quality demand for the future we start to build up our own metal-cutting production line.
For that reason it was necessary to enlarge the premises to nearly the double of space.

Since 2011 the manufacturing of the aluminum and carbon parts takes place now to a very high percentage directly in the house.

For the advancement and the necessary tests also a team from work drivers is available, who use our products naturally also in competition.
Over the years H.A.R.M. Racing had a lot of competition successes.
Apart from many national and international titles also two world championships could be won.

In addition, the sponsorship of recent driver talents was and is with H.A.R.M. Racing a very important component of the Racing team.
Today we have also some recent talents in our sponsorship and we are sure that they also will make their way in the future.

In the future the high quality demand as well as the functionality of the H.A.R.M. products should be even enlarged and there are many new products planned for the future. 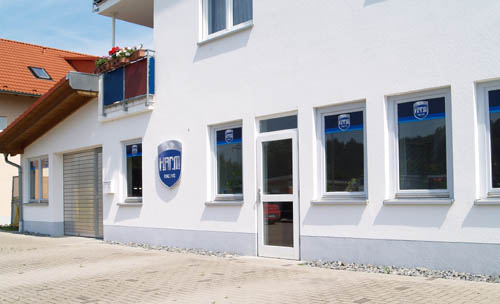 Der Firmensitz am Winzerkeller in Gengenbach

H.A.R.M. products stand for quality and precision, let yourself be inspired, too!